The Promise of Diversity

The Promise of Diversity

Reviewing the book 'The promise of Diversity' on the ideas of Jerzy Zubrzycki, architect of multicultural Australia. 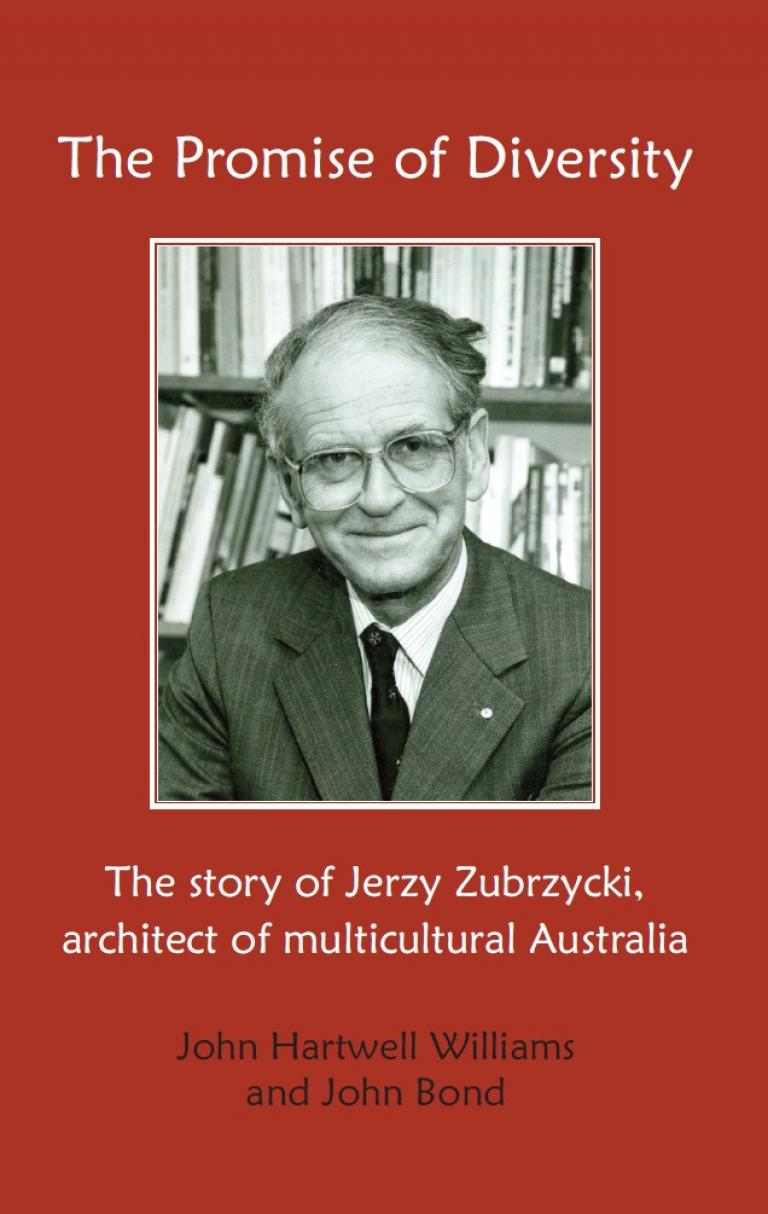 As recently as 70 years ago, there were only about seven million people here, and the only arriving migrants were of Anglo-Celtic descent. This book tells an amazing story of how this profound transformation came to be, in part thanks to the untiring efforts of Jerzy Zubrzycki, AO CBE, Professor of Sociology at ANU.

Zubrzycki was born in Poland, during the WW II served with distinction in the Polish Army, the Polish underground and with Britain’s Special Operations Executive. He arrived in Australia as a Research Fellow in sociology at ANU in 1955, a time of radical changes in the country’s immigration policies after the Government had embarked on a huge immigration programme with 900,000 people coming from Europe between 1945 and 1954. Zubrzycki’s work on the demography and sociology of post-war immigration was of immediate relevance. At that time the Government’s policy was the so-called “complete assimilation” into an Australian way of life to which Zubrzycki responded, “There is no equality of opportunity for non-British migrants and I am determined to promote the idea that people coming to Australia should be given recognition of their qualifications, should be able to maintain their differences and yet get along.”

From here it was a short step to the development of a radically new concept of “cultural pluralism”, or multiculturalism, as we know it today. This was introduced by a “politically-involved minority” of academics, with Zubrzycki leading the way. The bureaucracy responded slowly but by 1964 the phrase “mixing pot“ began to replace “melting pot” and the Department of Immigration “Assimilation Section “ was changed to “Integration Section”. The change in attitudes was slow but, fortunately, Zubrzycki found a lot of support from Peter Heydon, Secretary of the Department of Immigration,  Al Grassby, Minister for Immigration, and, of course, from  Malcolm Fraser, under whose Premiership Australia saw the adoption of multiculturalism as national policy. Gradually, with the strong support of the Government, public opinion also shifted and by 1987 more than 100,000 Vietnamese, Laotians and Cambodians had made Australia their home.

There have been some serious setbacks for multiculturalism along the way, for example, with the growing popularity of the One Nation party led by Pauline Hanson. But that didn’t stop Zubrzycki. He was still out there, writing articles, addressing University courses, and doing all he could to offer an alternative to xenophobia. “As in all reforming societies, the key to eventual acceptance lies in education. The old dogs in the population may not be able to learn new tricks .But the youngsters can. Everything will depend on the spirit in which the coming generations are raised,” he wrote at that time.

Zubrzyki died in Canberrra on 20 May 2009 and most newspapers described him as the “father of Australian multiculturalism”. He had an amazing life, had faced many challenges but his biggest challenge was to take his sociological wisdom and turn it into political reality - which he did.

According to the most recent data, 24,287,300 people live in Australia and approximately 29% of us are overseas-born residents. It is the year 2016 and these figures are unlikely to impress anybody: after all, we now live in a multicultural Australia and on a Friday night may find it difficult to decide whether we feel like Indian, Chinese, Central European or Italian restaurant cooking.

The book is well and clearly written and will be enjoyed by anyone who wants to understand how this country has been transformed from a closed Anglo-Celtic society into “many cultures, but one Australia”.- By Luda Kedova

Available from Initiatives of Change online shop at http://shop.iofc.org/the-promise-of-diversity/
Price: A$15 plus p&p

The book was launched by the Rt. Hon. Malcolm Fraser, (Prime Minister of Australia from 1975-1983) lat Armagh, the Initiatives of Change centre in Melbourne, Australia on 16 April 2013