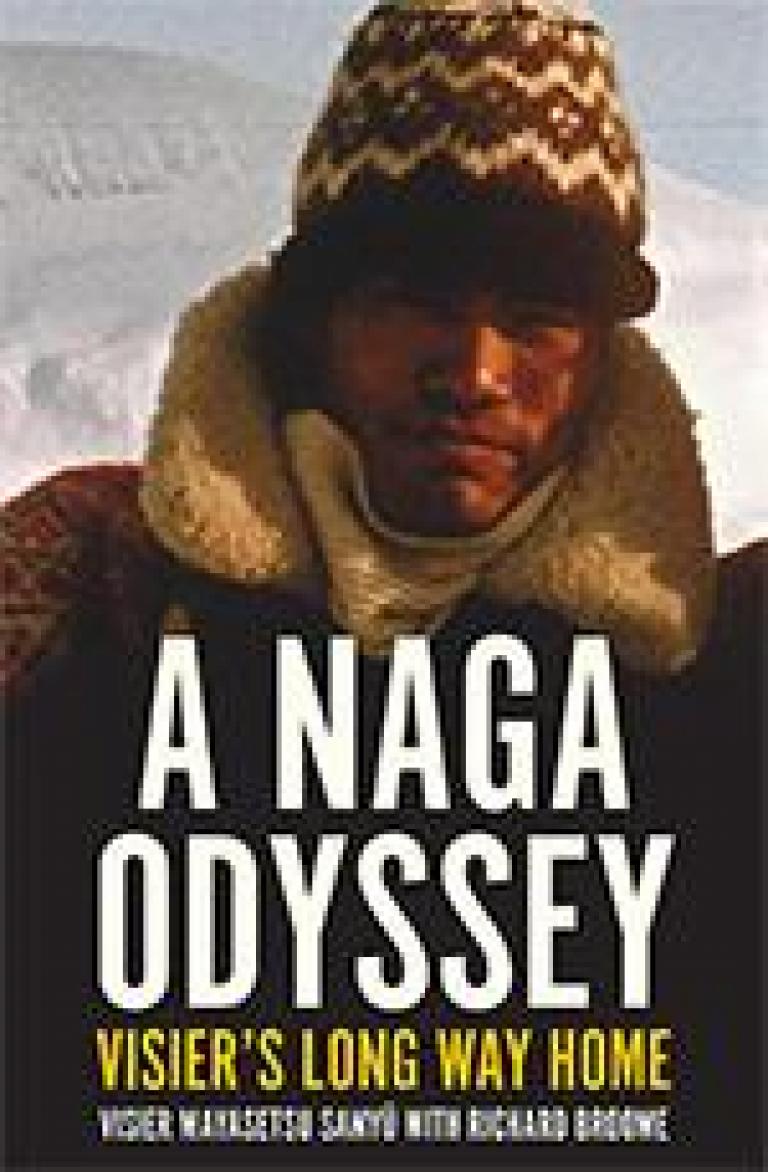 Visier Meyasetsu Sanyü, a man from Nagaland, together with Richard Broome, an Emeritus Professor of History at La Trobe University in Melbourne, wrote this book, 'A Naga Odyssey' which tells an extraordinary story of a 21st century Odysseus who took 20 years, like his Greek counterpart, to return home at last.

Nagaland is a mountainous state in Northeast India. It borders Assam, Arunachal Pradesh, Myanmar and Manipur. It is inhabited by 16 ethnic groups, all unique in their customs, language and dress. It became the 16th state of India in 1963 but since the 1950s has experienced insurgency and violent inter-ethnic conflict which continues to this day.

Visier was born in 1950 in a very traditional world which came apart in 1956 when Nagaland was invaded by the Indian army. His village was burned down and his family, like the other villagers, lived in the jungle for 3 years hunting and gathering plants. He emerged from the jungle aged eight and into a turbulent world altered by foreign influence, civil war and colonial oppression. Against all odds, he finished school, studied further, received his Ph.D. and became the inaugural Head of the Department of History at the University of Nagaland. Together with his wife and three children he came to Australia in 1996 as a research fellow at La Trobe University, became a citizen and worked hard. He is a current President of the Overseas Naga Association, an International Elder of Initiatives of Change, headquartered in Caux, Switzerland, and a Board member of the Melbourne Interfaith Centre.

Yet, after serious and deep thinking, he returned home, to his native Nagaland, in 2015. His country is still ravaged by conflict, killings and poverty, so his return was not inspired by a desire to live his older age peacefully in a village of his childhood. He returned to continue working, to help his people find peace, to remember their traditional values while at the same time becoming part of the modern world.

This book is not just a fascinating story of one man’s travels. Like Homer’s Odysseus, he went into the world, fought battles, learned new things, suffered, persevered and all the while he knew that everything was being done with one goal-to return home bringing peace to it.

Many of us, today’s Australians, come from faraway lands. This country has become our new home, but still our first home is somewhere there, perhaps struggling like Visier’s Nagaland, and perhaps, we, too, should  think of returning home to help make it a real home for those still living there. - Luda Kedova