Frank Buchman and the Germans

Frank Buchman and the Germans 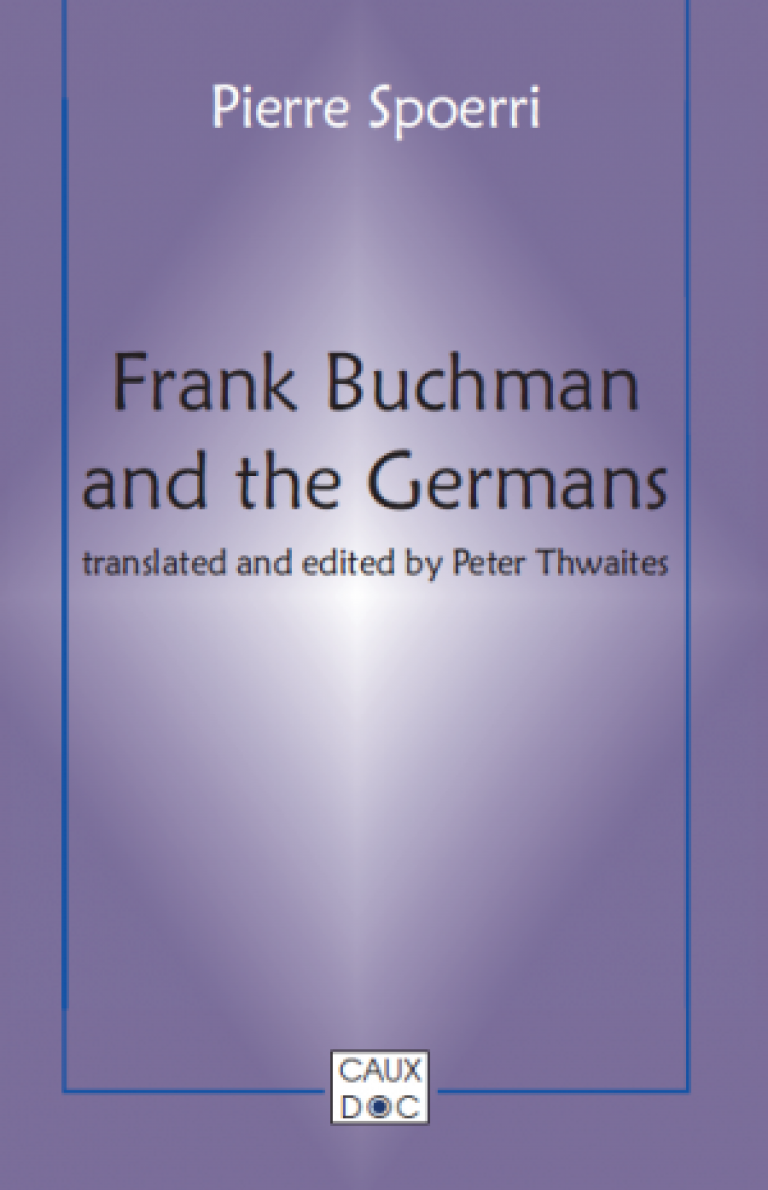 This book by Pierre Spoerri is a book of historical research, and a very detailed one at that. Although to some, history may seem only related to the past, it is in fact all about change. Historic knowledge allows us to understand how through adaptation, reform, reshaping and transformation an event of the past evolves into the present-day reality.

Frank Buchman (1878-1961), an American of Swiss-German descent, was the founder of the movement we know as the Initiatives of Change. About 100 years ago, when it formed in England, it was known as the Oxford Group. Buchman set down principles for moral and spiritual reform, believing that ‘merely through human acts of goodwill you cannot alleviate human misery’. In 1920 following the devastating Great War, Europe was bathed in human misery, particularly Germany. Buchman devoted much of the next 30 years working in this country.

The book covers in great detail how the organisation’s work progressed from the original strategy of holding ‘house parties’ to meetings with church leaders and then with top government officials, as ‘the work of awakening, redirecting and caring for outsiders cannot be separated from renewal and reform within religion and Christianity.’

In May 1938 Buchman foresaw ‘that the next great movement in the world will be a movement of moral and spiritual re-armament of all nations.’ On 29 May in East London, Moral Re-Armament was officially launched as a world-wide program. So firmly did Buchman believe in the power of moral re-armament that he repeatedly attempted to meet Adolf Hitler, in the hope that a moral rebirth in the Nazi leadership could avert war. By 1936 he realised these attempts were futile.

Buchman returned to Germany in 1948. By 1950 Moral Re-Armament was established in Caux, Switzerland, where post-war conferences brought together hundreds of Germans, French, British, Scandinavians and other Europeans, helping to create a basis of relationships on which new international agreements and institutions could be built. These included the historic Schuman Plan, a first step in economic integration which led to the European Community and later the European Union. Buchman was decorated by the French Government with the Legion d’Honneur, and by the German government with the Grosses Verdienstkreuz.

Buchman died in 1961 but to his last days he maintained close contact with his team in Germany. One of his last messages to them was: ‘A new thinking is derived from a new mentality, and that grows as slow as an oak. Freedom is one of the major notions. Freedom to understand yourself and things around you, and to bring about the change.’  - Luda Kedova