‘Rosemary Kariuki’ reverberates as a motherly name to many of Australia’s domestic violence survivors. Founder of the Cultural Exchange Program, Rosemary connects migrant and local women who share domestic violence experiences. She runs the program independently and without funding. In 2021, she received the Australian of the Year 'Local Hero' award for her work.

In May 2021, Creators of Peace in New South Wales (NSW) supported a weekend reunion of women from city and country, who have worked with Rosemary and participated in outreach activities. Nisha Karyn spoke with Tanya Fox from Creators of Peace, and Rosemary Kariuki.

‘Domestic violence doesn’t discriminate; whether you’re rich or poor, coloured or not. It comes from the thirst for power and control.’ So says Rosemary Kariuki—and she speaks from experience. The 61-year old has encountered many such examples, while working in community liaison for the NSW Police in Sydney’s western suburb of Parramatta.

To counter the hold that abusers have over their victims, the former Creators of Peace Facilitator takes women on expeditions to rural Australia to stay with local women, meet Aboriginal and local communities, and share their ways of life. ‘What I find in these women is life-changing,’ said Rosemary. ‘They are very isolated. The thing about domestic violence is it kills your confidence and tells you that you are good for nothing. For some women, their own children abuse them. They are told they can’t have friends, and so many never leave their houses other than to go to the shops or doctors.'

Many women, she said, don’t realise that they are victims until they attend her program, only signing up to have a break from their isolation. On these three-day trips, the women exchange life stories as they explore traditional local art and culture, and experience the rural way of life in Australia. Rosemary said, ‘I remember one time we sat around the fire and sang “Amazing Grace” in all our different languages. That was very nice.’

Many participants remain friends after their travels. Later, they may accompany each other to report violent incidents to her when they occur. Rosemary recalled, ‘There was a tiny girl from Sri Lanka who came on one trip completely silent. But by the end she was chatting like a typewriter! Two years after attending the program, she saw me on the street, ran up to me and asked if I remembered her. She told me that she had gotten a job, was now with a much better man and was a mother of two children. I was very happy!’

‘See the gold within each other’

Tanya Fox, a facilitator and NSW Creators of Peace administrator, said, ‘The way Rosemary works, she’s like a Big Momma; she walks down the street, sees women and says, “How’re you?” Her personality is so charismatic and she is such a bubble of life. And she has been through a lot herself to know how inner conflict feels.'

In 1999, Rosemary found herself leaving her children behind, venturing to find a safer home away from the tribal clashes in Kenya. Tribal clashes happened every five years in Kenya, during election periods. Streets saw a mixture of militants, civilians, guns and bows; it was no place for innocent families.

‘The situation was very bad. And it was very difficult for me, but I had to choose what was best for us. I needed to establish myself here first before I brought the children over. I didn’t know anything about Australia.’

It took a long time to find a stable job and Rosemary knew deep loneliness before finding her place in the African community. She later became a Community Liaison Officer in the NSW Police. In this role, she saw that African migrant women experienced a gap in access to domestic violence services.

‘At the time, African refugees were coming in big numbers and I knew what some of the troubles were, from my work with the local council. It seemed no one was even aware that these aid services for domestic violence victims were there.’ Rosemary decided that dance and dressing up was the best way to engage African women, and so began the first, and now annual, African Women Dinner Dance at the Auburn RSL Club.

Word of Rosemary’s activities spread, even to the seaside town of Ulladulla in country NSW. She recalled, ‘A year later, women from Ulladulla had heard about this, and asked if they could attend the dinner and play drums for us. These were white women.’

Because the visiting drummers did not have money for accommodation, Rosemary and her fellow-organisers opened their homes to the strangers and offered their very own beds.

‘In the morning, we were having breakfast in the kitchen and the women started asking about domestic violence services and where to seek help. They invited us to Ulladulla the next year and so the Cultural Exchange Program was born.’

'We have a common goal—to seek peace within, and to connect with each other in harmony and respect. For that, we need to break through barriers of differences and see the “gold” within each other. That is what the Creators of Peace Circle program brings.' — Tanya Fox, Creators of Peace, on the partnership with Rosemary Kariuki's Cultural Exchange Program

‘Let us open our hearts and homes’

One of the program’s biggest challenges, said Rosemary, is convincing women to come on the trip.

She said, ‘Women are too good at looking after others, never themselves. So, they have all kinds of excuses like, “Who will feed my husband?” There is a particular lady, Sofia, whom I have to visit at her home to convince her for every trip.

‘Another one, Patricia, is a single mother and didn’t have anyone to take care of her children. I never take children because I am not funded and it is a lot for me to bring these women’s families along. But she is very vulnerable and I decided to get child care for her on the trip to a farm. The family bonded with their host family and they now visit the farm every school holidays! They’ve adopted the family!’ Rosemary said that much of what she knows about organising and guiding domestic violence victims and communities was learnt through her work as a facilitator in Creators of Peace Circles.

‘It really changed my way of listening to others. I don’t stress as easily and that is something I pass on to the women I am with. We handle things calmly and let things happen as they are.

‘Creators of Peace have gone above and beyond in helping me. They really pulled together the reunion this May. I had been wanting to bring our hosts from rural Australia over here for the longest time.’

Rosemary hopes that, through her work, Australia may open its mind further to different cultures and ways of living.

‘I’d like society to open their doors, hearts and homes to people from other cultures. Migrants who come to this country, they don’t come to take, but to add value. Many are running, and when you run you don’t even carry a photo; you have nothing and if you come and find a hostile community, it’s like the rain is thundering and no one opens their doors for you.

‘But let them not fear. Let us open our hearts and homes for them and share so they may add value to what we already have.’ 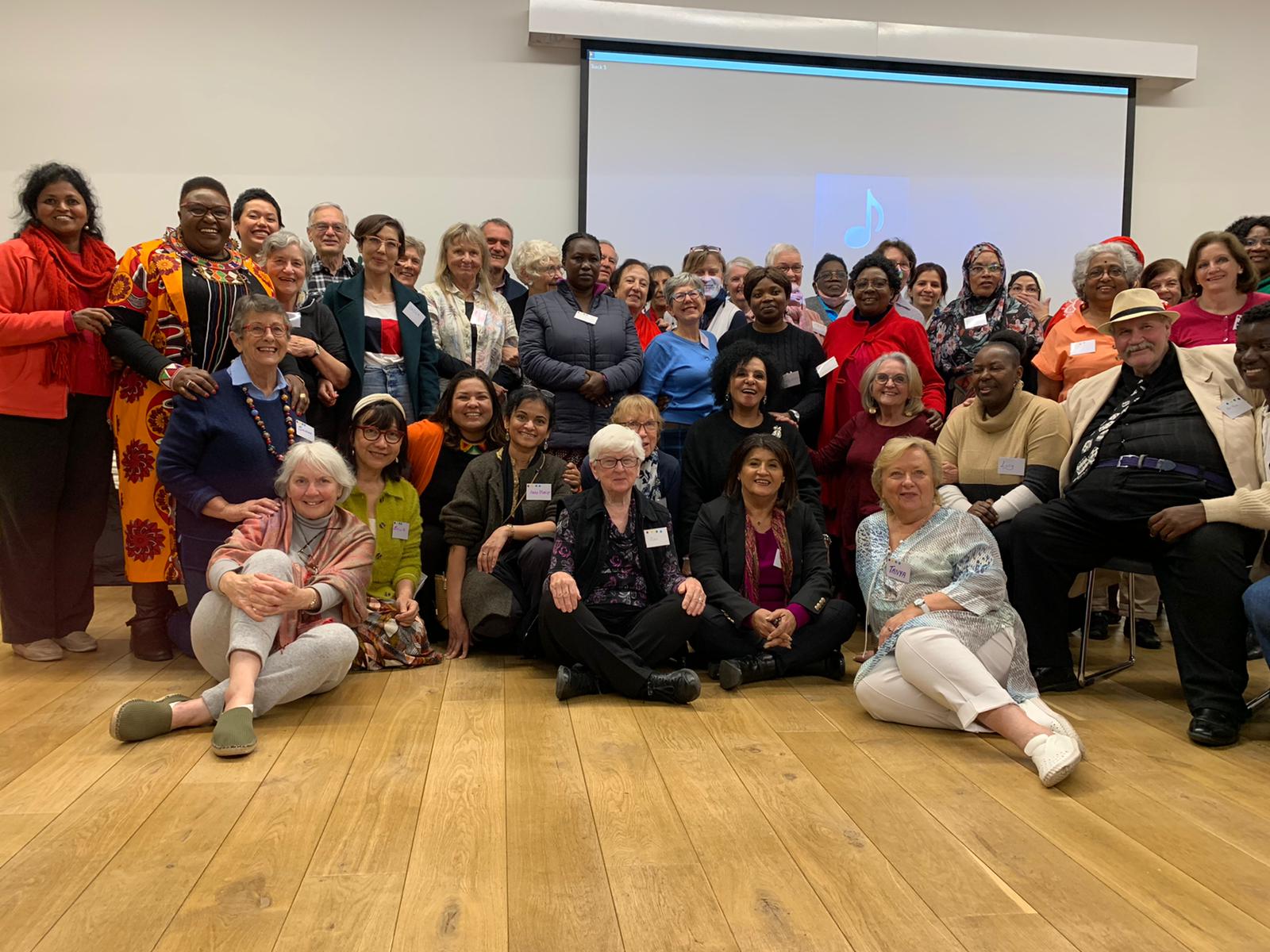