Coranderrk: Healing Ourselves and Country

Our Trustbuilding team went to Coranderrk to learn more about how we can support First Peoples in acknowledging the truth of our shared history and work together for justice and healing in Australia. Initiatives of Change volunteers Leela Gray and Gabby Harcourt joined  the team on the day. Here is their story in words and pictures. 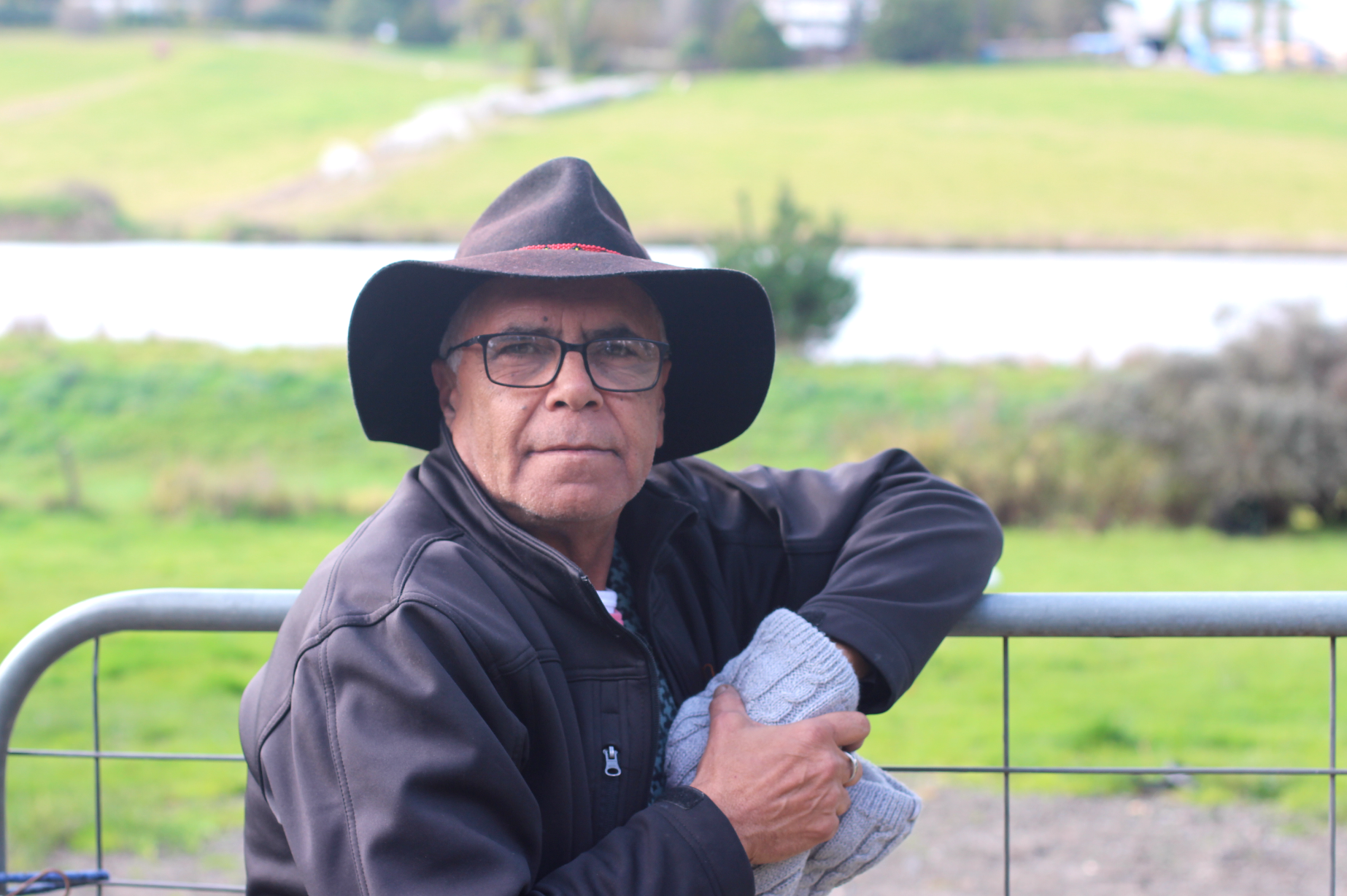 An early site of resistance

Coranderrk was established in 1863 as a reserve for the Aboriginal people of south-central Victoria, after clan leaders William Barak and Simon Wonga asked settler-colonial governments to provide a permanent homeland, as Aboriginal people were being driven off Country by white settlers. Within the settlement, Aboriginal people initially had autonomy to manage their own affairs. Over time, the settlement became a popular tourism destination, and was known for its prize-winning vegetables, woven baskets, bags and boomerangs.

Aboriginal self-determination and self-governance were not widely supported at the time. Despite community leaders’ petitioning, basic necessities began to be cut by the European administrators.

William Barak, founder of the Wurundjeri-willam clan, and fellow community leaders famously walked 67 km from Coranderrk to Melbourne to protest the deteriorating living conditions, and to advocate for Aboriginal land rights and self-determination. They gained some support at the time, but the government’s assimilation policies eventually forced the closure of Coranderrk in 1924.

On our trip, we discussed the significance of Coranderrk and ways to bring respectful awareness to this site of resistance.

The day began with a pre-trip briefing on site at Armagh, our Australia-Pacific Centre in Toorak. 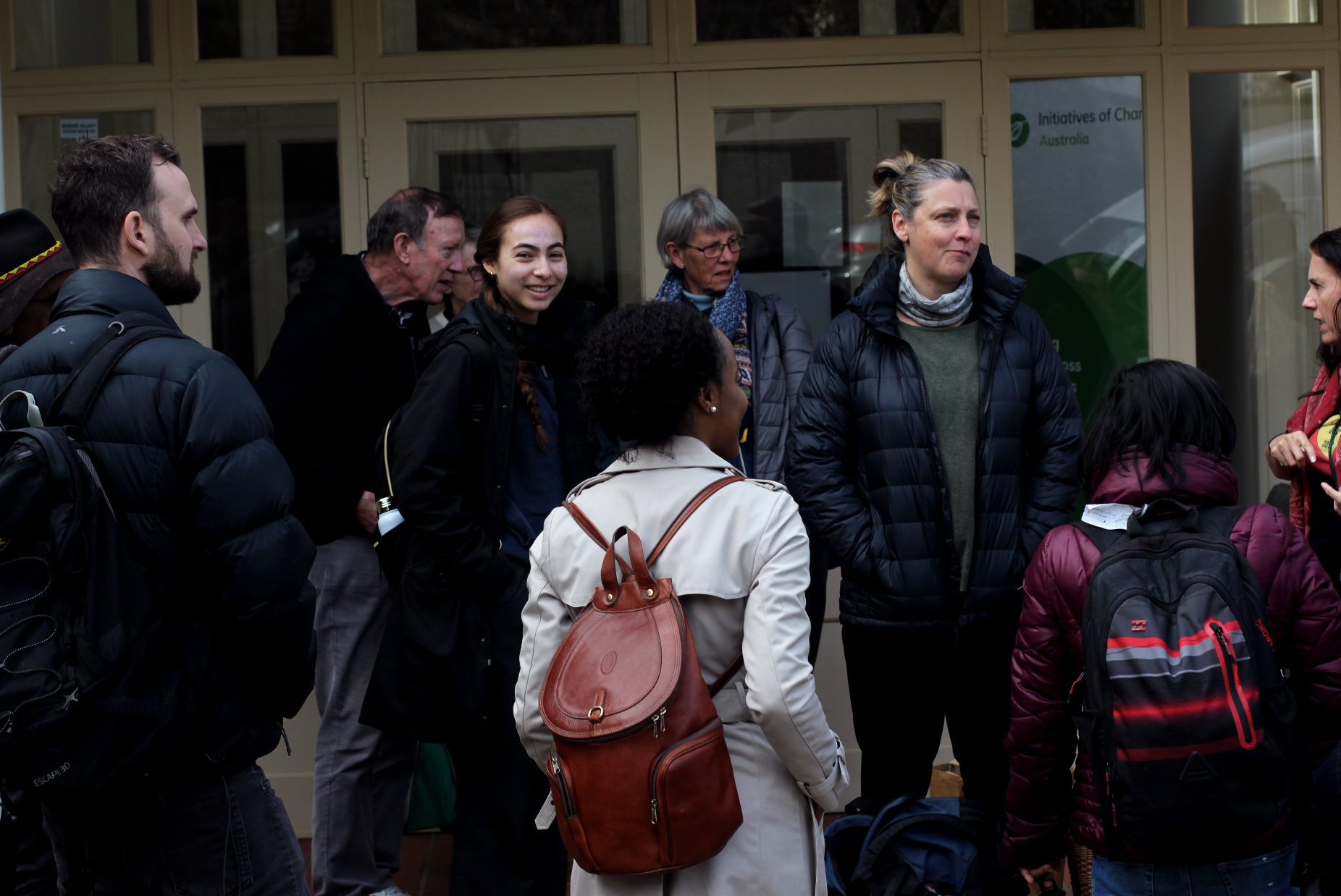 Then we got on the bus, excited to go! Here are Rebecca (left) and Leela (right) on the bus. 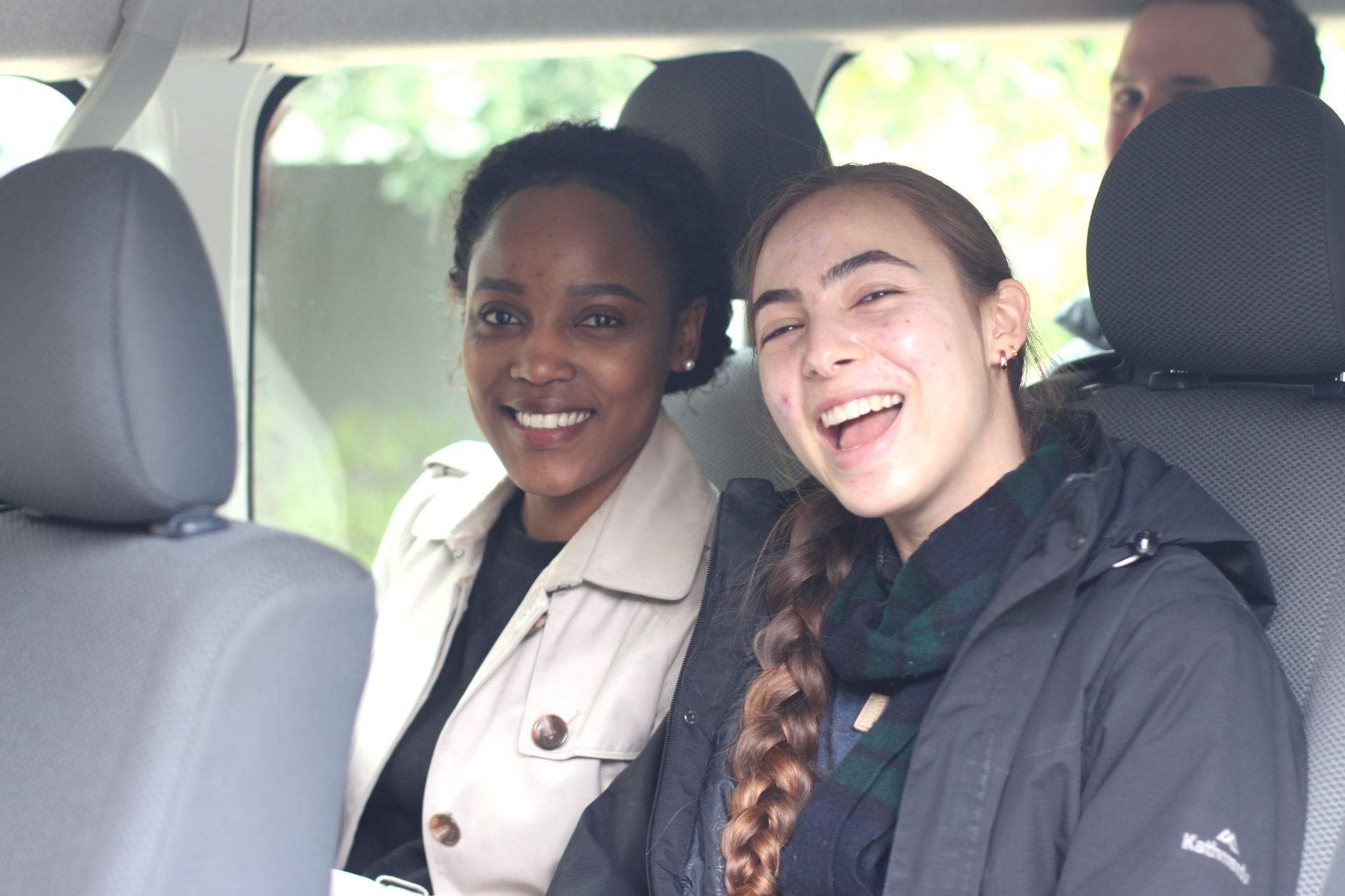 Rural scenes and beautiful country rolled past as we neared Coranderrk in rural Victoria. 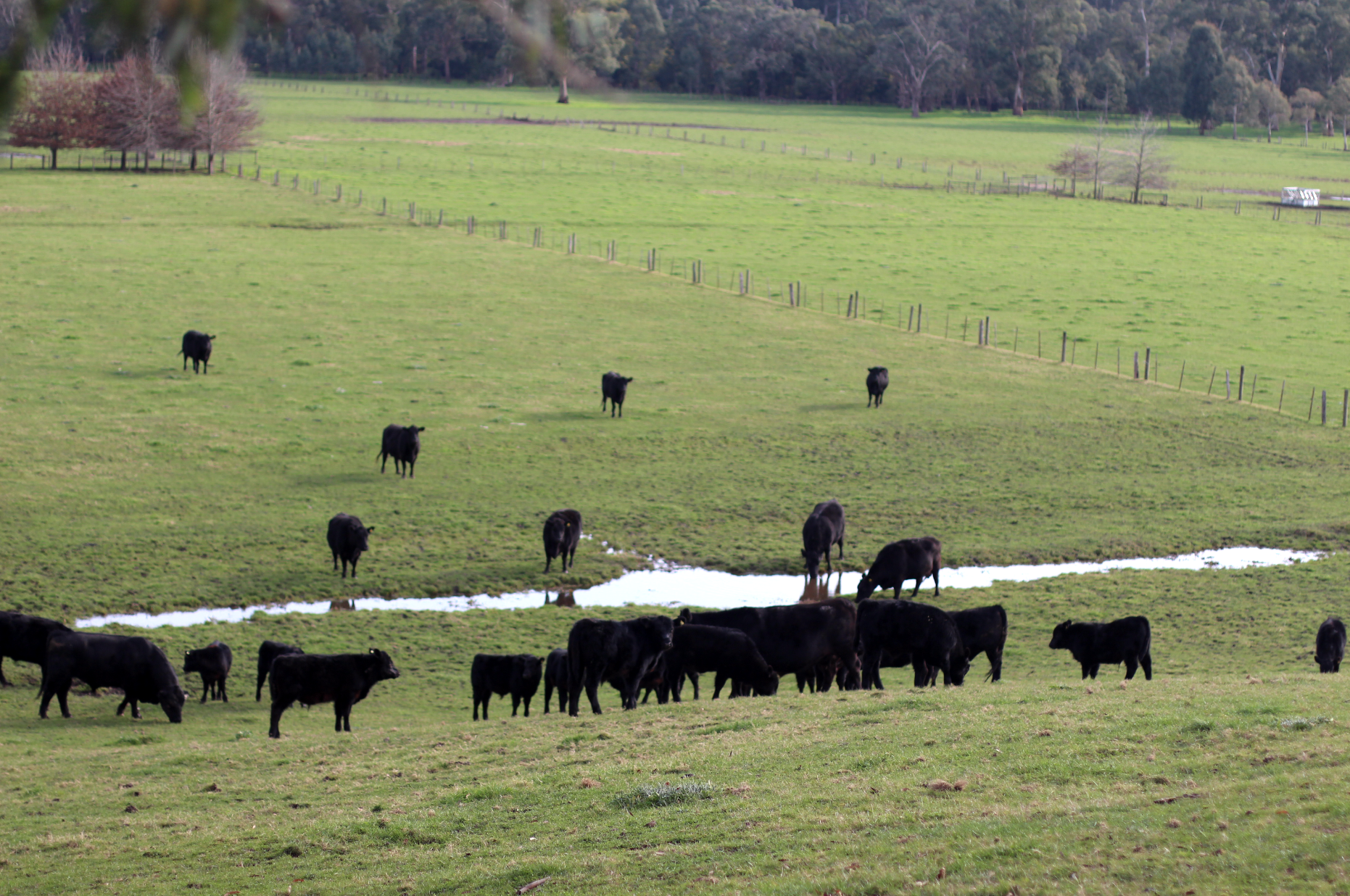 Shane Charles, Co-Chair of Reconciliation Victoria, gathered us together to learn about the history of this place. 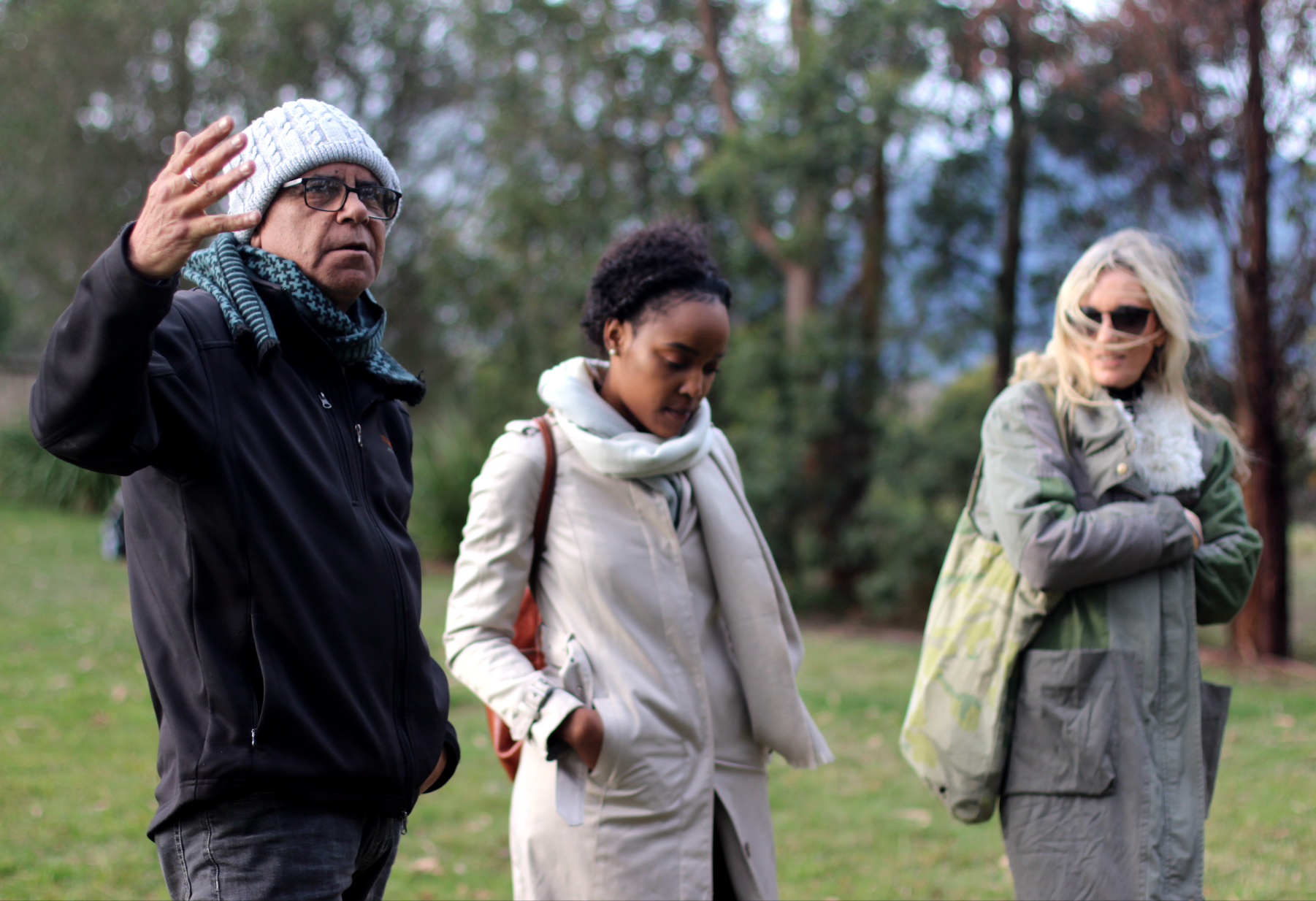 Uncle Herb Patton was one of our guides on the day. 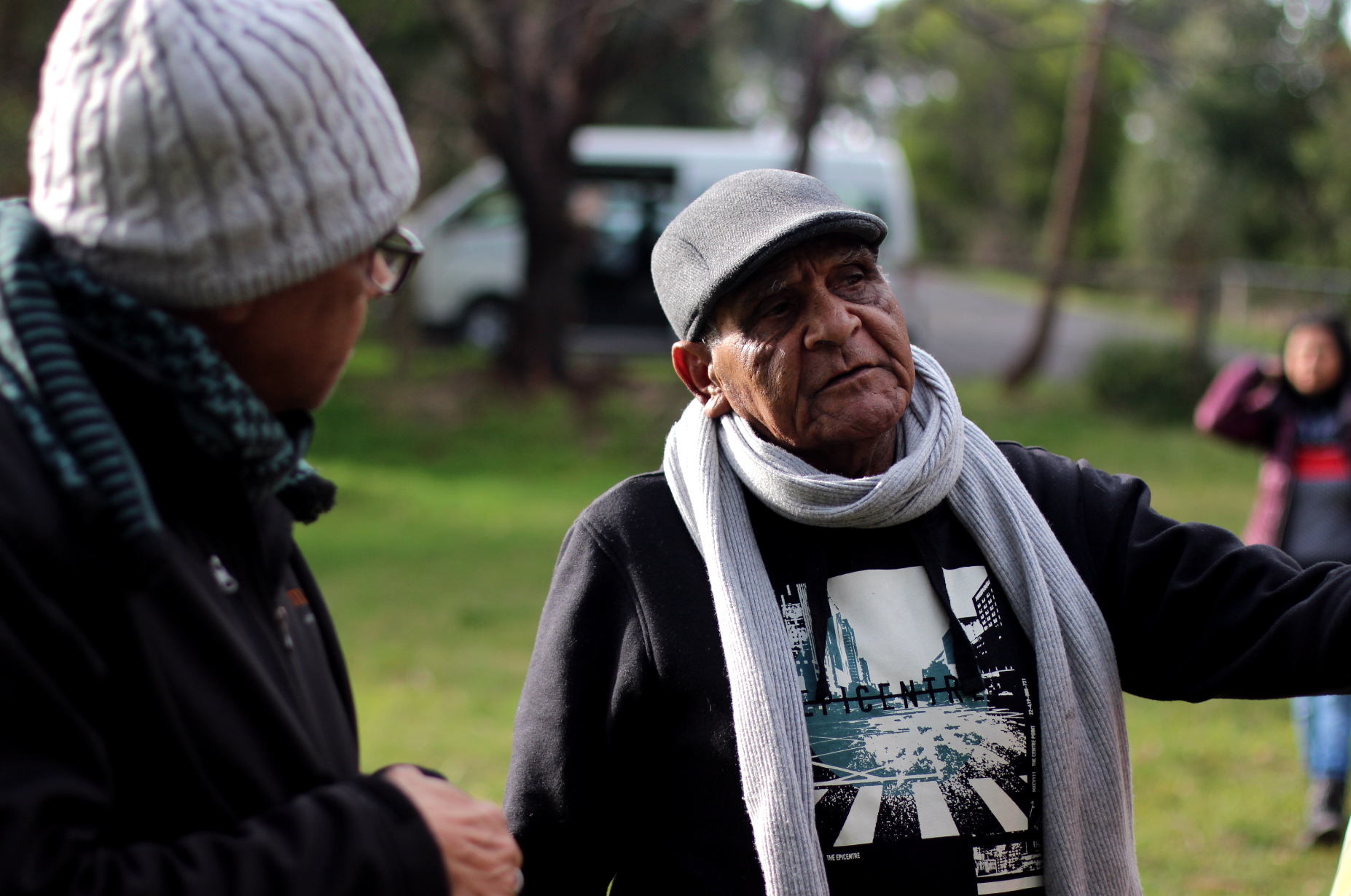 There was time to reflect deeply on what we had learned. 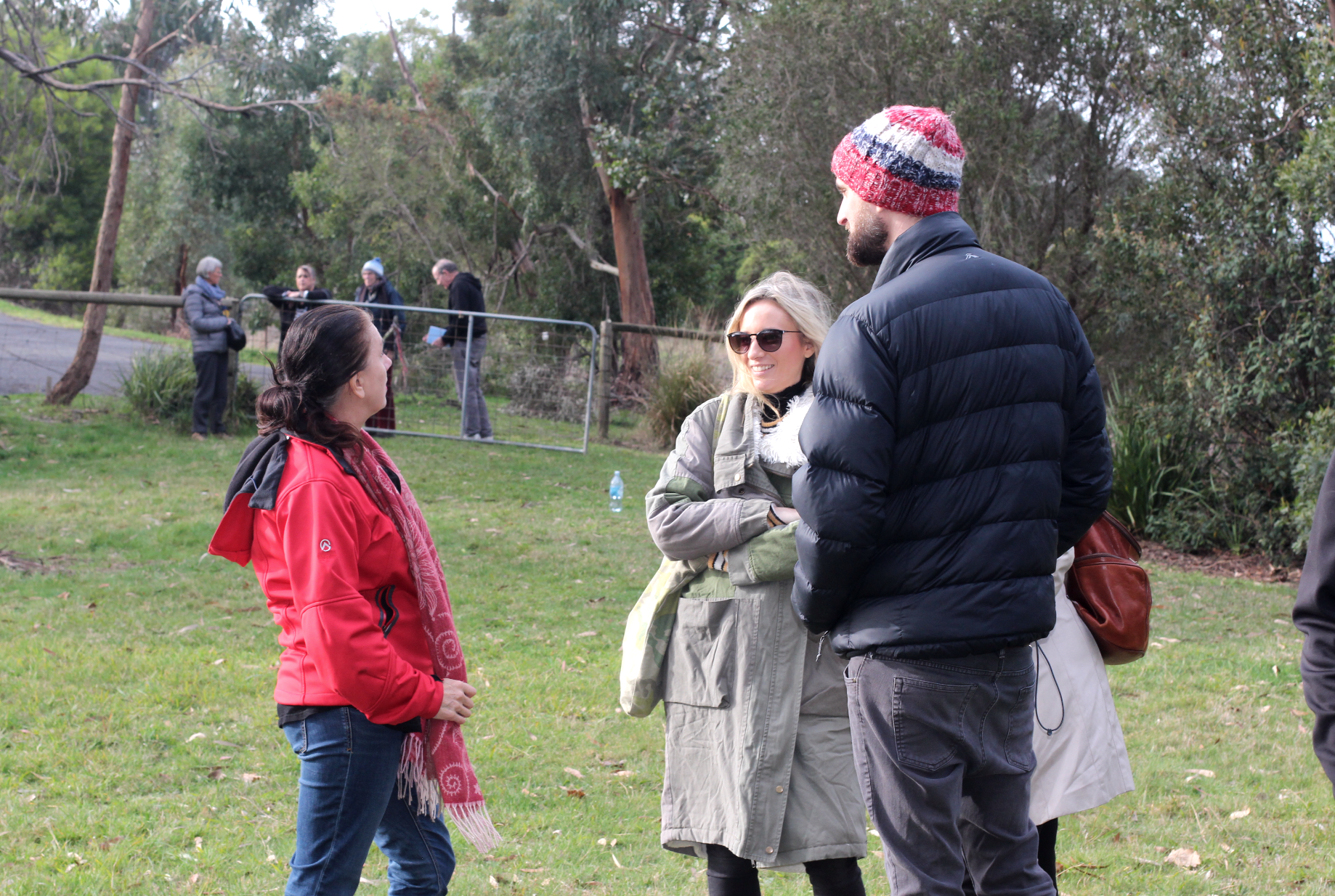 To close our visit to Coranderrk, we were led through a smoking ceremony. We were each given a gum leaf and told to set an intention.

Once decided, we were to drop the leaf into the flames and bask in the cleansing smoke 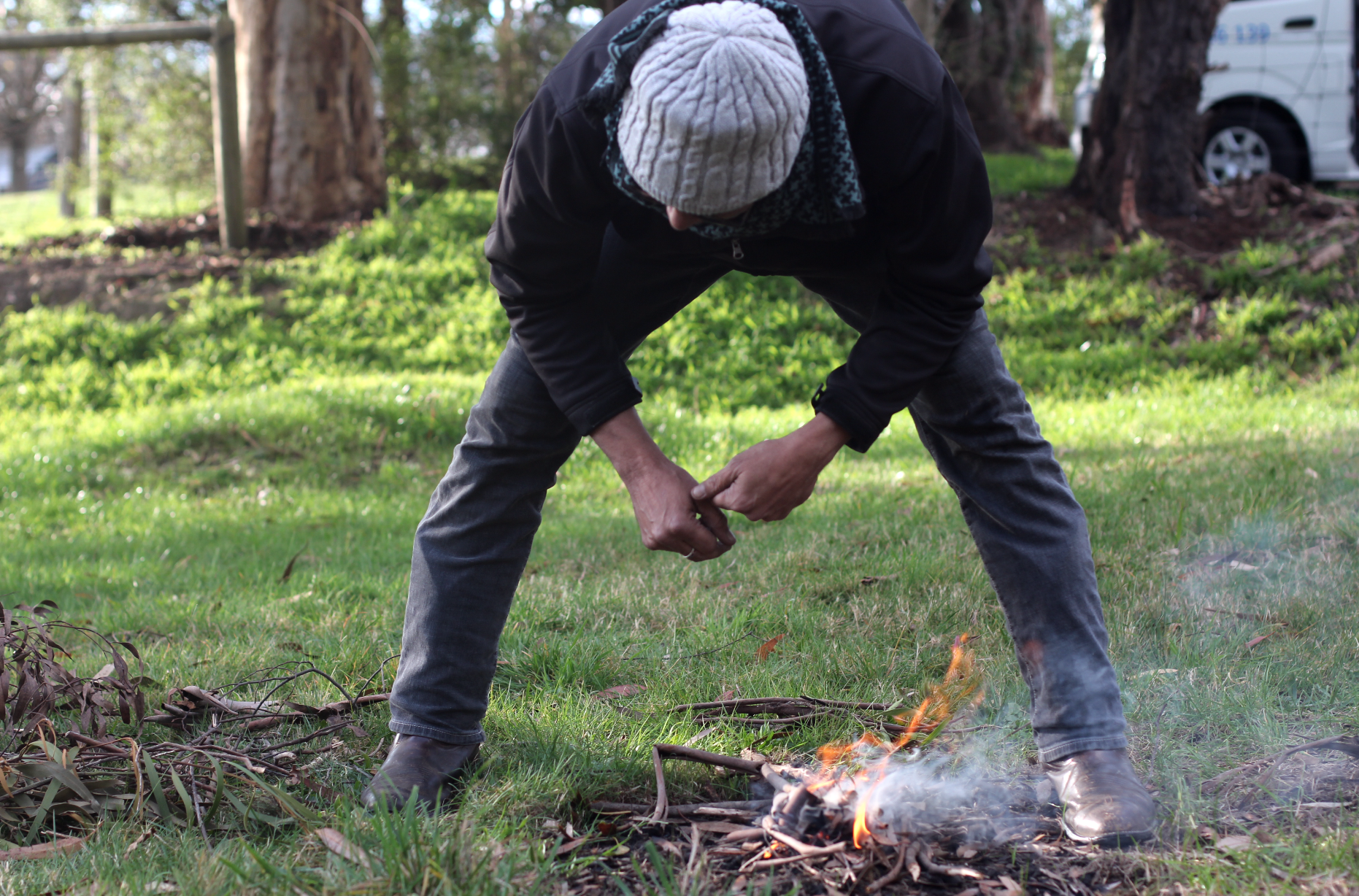 Back in Melbourne, Shane Charles, led us in a session of Cultural Intelligence training—with bonus didgeridoo playing! We shared laughter, joy and learning, leaving us all with a fire in our bellies for truth telling and truth hearing across Australia. 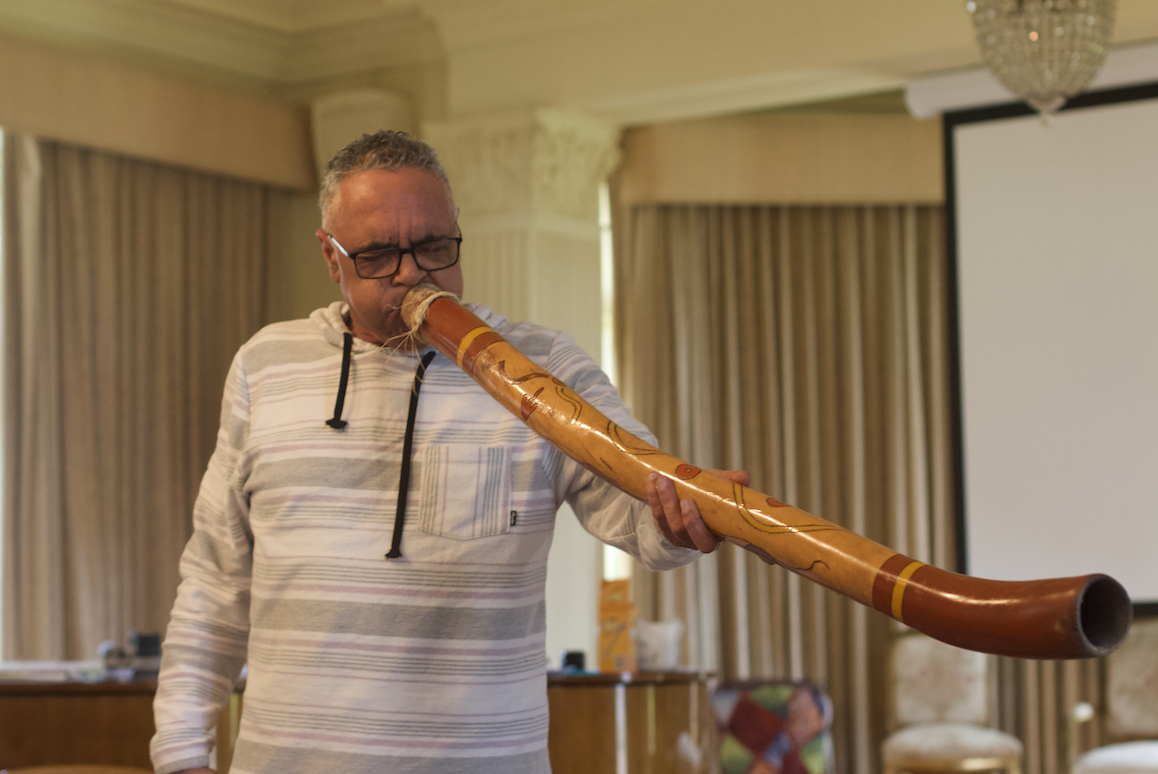 Uncle Herb, an expert in playing music on the gum leaf, signed a leaf for each person present as a momento of our time together. 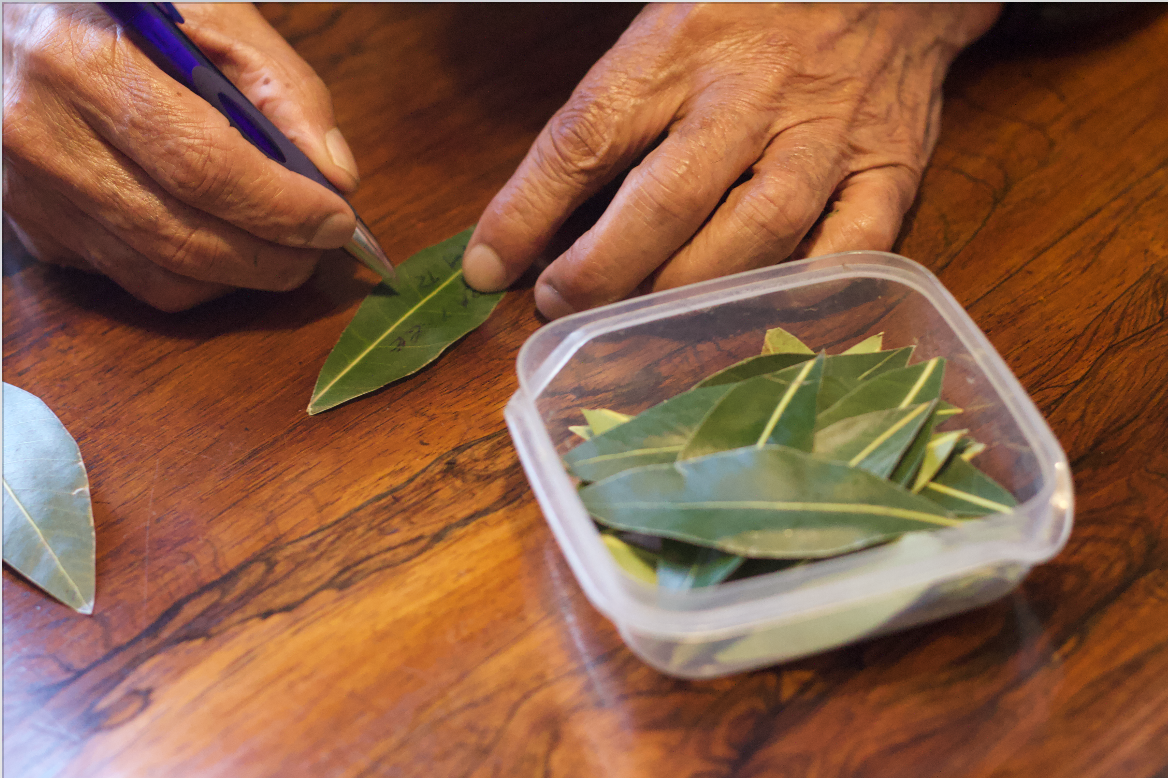 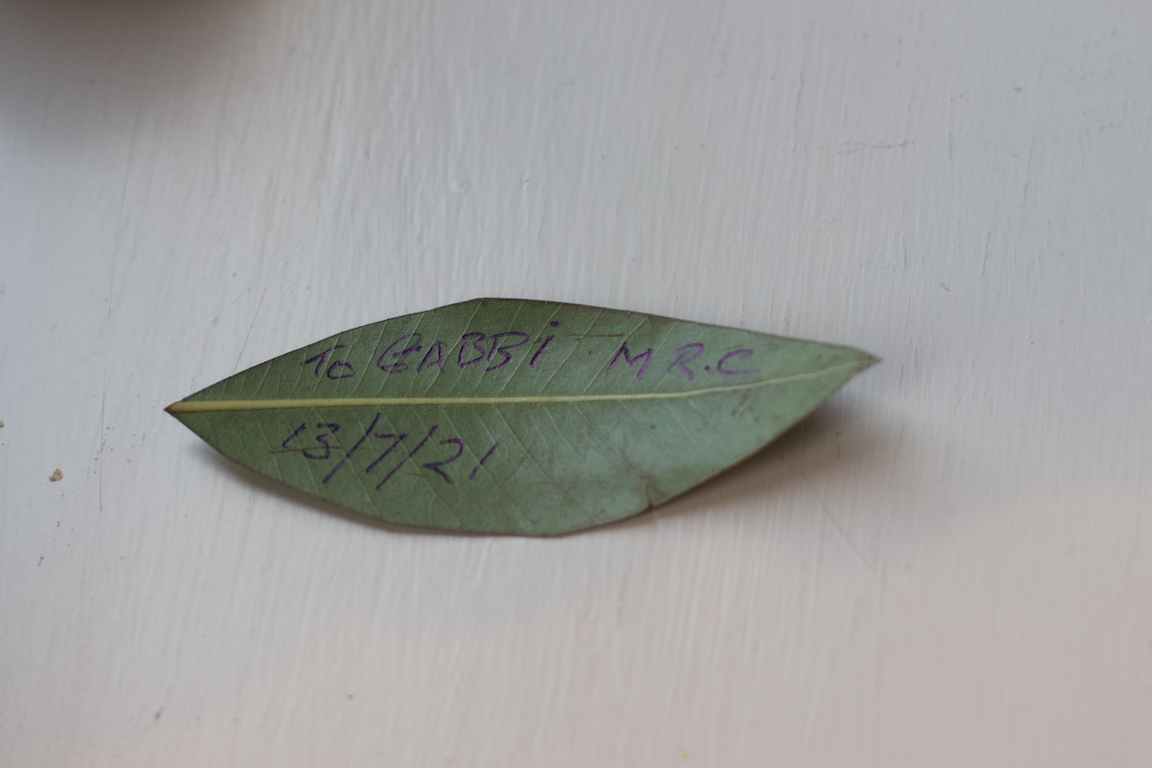