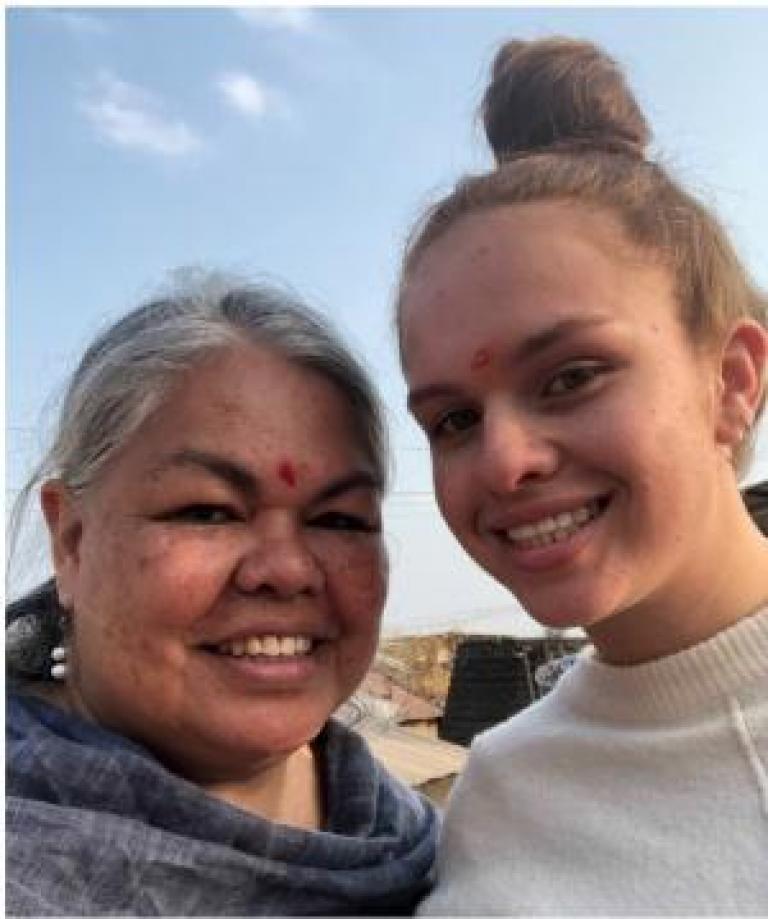 In her plenary address, Moylan-Coombs told the story of British colonization of the land we today call Australia - the home to Indigenous people from hundreds of First Nations, prior to 1788. A proud Gurindji-Woolwonga woman, Moylan-Coombs has previously facilitated ‘Acknowledgement of Country’ on occasions when IofC Australia has held gatherings on Gaimaragal lands. Susan would like us to ‘decolonize our thinking’ to create a new Australia.

Barbara Lawler, IofC international elder, had known Moylan-Coombs since 2009, and was responsible for extending the invitation for her to speak at Asia Plateau. ‘Susan talks of Australia as the ancient “teaching place” because we have to face the truth,’ said Lawler. On the importance of relationships between Indigenous and non-Indigenous people of Australia, she added, ‘They are our brothers and sisters, their hurt is our hurt, their healing is our healing – and that is fundamental to our identity as Australians with our enormous diversity of backgrounds.’

Moylan-Coombs’ address on 29 January lived up to what was promised, while beginning on a sombre note. ‘We were once 100% of the population of our land; today we make up only 3%,’ she said. ‘We have the highest rates of youth suicide in the world. We need to move to a place where we can address and look at the truth. We need to step into a process of restorative justice.’

She explained the Indigenous view of human growth and development, as the foundation for working with young people. ‘From birth to three years, you are an infant. From three to puberty, you are a child, and you are genderless. From puberty until 30, you are a teenager and you do ceremony into adulthood,’ she said. ‘We place too much pressure in society today on our young people; instead, we want to grow up our children strong. Science tells us that the human brain doesn’t finishing developing until 30 years of age, so science is catching up with what we know culturally.  Our first teachers are our parents. Elders, knowledge and wisdom-holders are the ones who teach us the right way to live and the lore.’

This doesn’t take away individual responsibility, however, which is always exercised in community. She explained, ‘We are born, boss of self. We are responsible for our actions. We are given two hands, one hand for giving, one hand for receiving. Both hands together, is the totality of who we are.’

Besides her plenary address, Moylan-Coombs presented a 90-minute seminar, including a video clip and discussion on the work of her company, the Gaimaragal Group, which she founded after her career in broadcasting with the Australian Broadcasting Corporation and with NITV, a division of SBS.

‘We need to live our lives mindful of the impacts that we are causing to humanity and to Mother Earth…So it’s about bringing forth the ancient knowledge and wisdom for modern-day application, and we’re working to change some of the mainstream systems, whether in health, housing or education.’

Moylan-Coombs’ zest for changing the system is also reflected in plans to run as an Independent candidate for the federal seat of Warringah in New South Wales in the forthcoming election. The current incumbent is former Australian Prime Minister Tony Abbott.

‘It’s because of the lack of trust in governments and our elected officials – the “us and them” barriers – that Susan decided to stand and attempt to be a true Independent for the people,’ her family members at Asia Plateau noted.

Despite her busy schedule, she continues to work at the community level. ‘At the moment we’re working on a project called Caber-ra Nanga,’ she explained. ‘It means resting the mind…Until we silence ourselves, and we find that peace inside ourselves, we can’t do things in a peaceful way, in a healthy way, in a way that brings a sense of wellbeing. We have opportunities to do things differently, as adults today but also for the sake of our children.

‘We would love to continue to further the discussion around how we can walk together to incorporate traditional knowledge in this rapidly changing world.’

‘I think that indigenous cultures teach us that holistic way of living, which joins all the human and environmental dots,’ Lawler concluded. ‘We need to listen to this wisdom.’ – Delia Paul