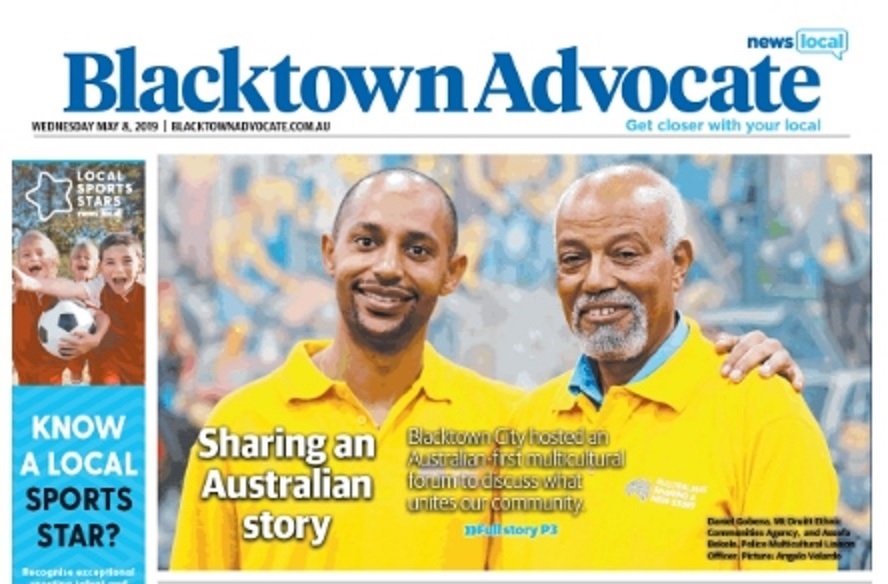 On the basis that everyone’s story matters, the residents of Blacktown – 366,000 people from 188 nationalities, 40 percent born overseas – were invited from 3-5 May to join in a forum for ‘Australians Sharing A New Story’. Through hearing each others’ stories of struggle and achievement, of breaking through barriers within the community, ‘we can challenge some of the narratives in the headlines and find a new story of our shared humanity,’ the organisers said.

A partnership with SydWest Multicultural Services enabled volunteers with IofC Australia to reach many sectors of the community. The Blacktown City Council and the local Police supported the project, along with other community groups.  Teams of young volunteers in yellow polo shirts handed out publicity around shopping malls and railway stations.

Mike Brown reports: In the event some 250 people participated in various events through the weekend. The Mayor, Councillor Stephen Bali, launched the project on land which the Dharug Aboriginal people had been ‘granted’ by a British governor of the first colony, 200 years ago. The Dharug people used a ‘cleansing’ smoking ceremony to welcome participants. Mayor Bali told how his parents, fleeing the 1956 Hungarian uprising, had been among successive waves of immigrants each starting up their own community organisations and institutions.

Centre-piece of the forum was when participants gathered in groups of eight, each given time to share some significant part of their story which had shaped their lives. ‘The sharing in my circle was amazing and full of unexpected personal courage,’ reported one facilitator afterwards. ‘Every city would benefit from this sort of event to create more cohesion.’

Modelling what was meant by ‘the new story’, a Chief Inspector of Police amazed all who knew him by revealing – with some nervousness and blunt honesty – his personal story of coming out of a childhood of violent dysfunction and run-ins with the law. ‘Everyone can change,’ he repeated twice.

A former child soldier from South Sudan told of overcoming trauma and illiteracy to gain a law degree. Now a barrister, he is sending containers full of books back to students in South Sudan.

A Muslim Imam from a local mosque, who had flown to New Zealand to assist at the funerals of the 51 killed in the Christchurch massacres, spoke movingly of how the experience challenged him to ask himself ‘how to change to be a role model of leadership which provides safety for all people’. 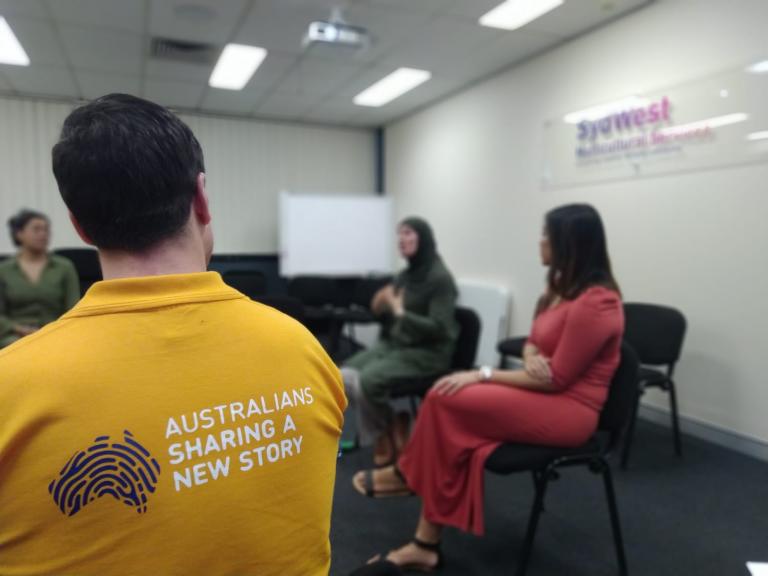 A youth worker was amazed how her young ‘clients’ had related to older people in one workshop, sharing their journeys and hopes. ‘This one moment captured the underlying message of the whole initiative. That is, when people have the courage to be vulnerable in their truth, it has a ripple effect that connects them. The desire to be heard and understood is something that all humans share, regardless of race, religion, gender, class and sexual orientation. When we provide opportunities for this to happen, we create a community that is curious rather than judgmental, respectful of difference, and united in our experience as human beings.’