An afternoon in conversation with Tui Beggs

An afternoon in conversation with Tui Beggs

Jim and Tui Beggs are a much-loved couple and team within the IofC Australia community. While Jim took on leadership roles on the Melbourne waterfront and then with the national union  movement through his career, Tui held the fort at home, caring for their three children as well as many visitors and spouses of waterside workers—especially when workplace deaths or injuries occurred. Both Jim and Tui have been valued workers and supporters in the Moral Re-Armament/IofC movement for the past 65 years, and now are recognised as Elders within the international IofC network.

In March 2021, Tui was a guest speaker at the Creators of Peace New South Wales monthly Zoom conversations, organised by Tanya Fox and Joyce Fraser. This account of her talk is by Tanya Fox.

Tui’s warm, genuine and humble attitude shone throughout as she told us of her New Zealand origins, and the fact that she was named after the New Zealand bird, the tui.

The move to Melbourne proved fortuitous in at least one way, as Jim attended the same school as Tui. At the tender age of 14, Jim plucked up the courage to ask Tui’s father if he could dance with her at a school dance.

The pair later became a courting couple. They were married in 1953 when Tui turned 21, and Jim was 24 years old.

As a young married couple, Jim and Tui believed strongly that honesty was important. However, Tui noted that they were each ‘consumed’ with their own lives, until they came to know their next-door neighbours, Tom and Flo Uren. The Urens were part of the MRA movement, as it then was, and they introduced the young couple to the idea of living their daily lives by the standards of honesty, purity, unselfishness and love. There was no looking back, said Tui: ‘We’ve tried to live by these values, with conviction, ever since.’

Jim was working tirelessly to pursue his calling to clean up the leadership of the Melbourne waterfront. The industry was ridden with conflict. In those tumultuous years of trouble, Tui worked alongside Jim as he gradually introduced practices of honesty and cooperation to his fellow waterside workers. The couple entertained wharfies and their families at IofC meetings in their home and at Armagh, inviting them to see for themselves what unity and honesty could look like in practice.

Tui explained that she and Jim were also able to build unity within their own relationship, as well as between the workers on the docks. They learned to ‘turn an enemy into a friend.’ All the while, she noted, ‘We never lost our sense of humour.’

Today, Tui is not only a mother of three, but a grandmother of eight. Asked what carried her in her conviction that ‘change begins with me,’ Tui replied that her Christian faith and her strong belief in stopping and listening for inner direction has led her to take the right path on numerous occasions. She believes that there is ‘a higher plan’ for everybody, and that if we stop and listen, we’ll be led by that higher plan for the good of others.

It was a real treat to get to know Tui, and learn about the woman ‘beside' (not behind!) the man. Together, Jim and Tui are a team that has always tried to 'be the change we want to see in the world.'  — Tanya Fox

At the launch of ‘Our Uluru Response’ project on 19 March 2021, Tui Beggs tells the story of the late ‘Aunty’ Marge (Lilardia) Tucker, an early activist for Aboriginal citizenship rights. The tree behind Tui was planted in the Armagh courtyard 44 years ago by Aunty Marge and her white friend, Honor Thwaites, as a symbol of the racial harmony that the two women believed was possible in Australia, if everyone would take the steps to make it so.  ‘If you want to see the world different, the place to start is yourself,’ said Tui to the gathered crowd. 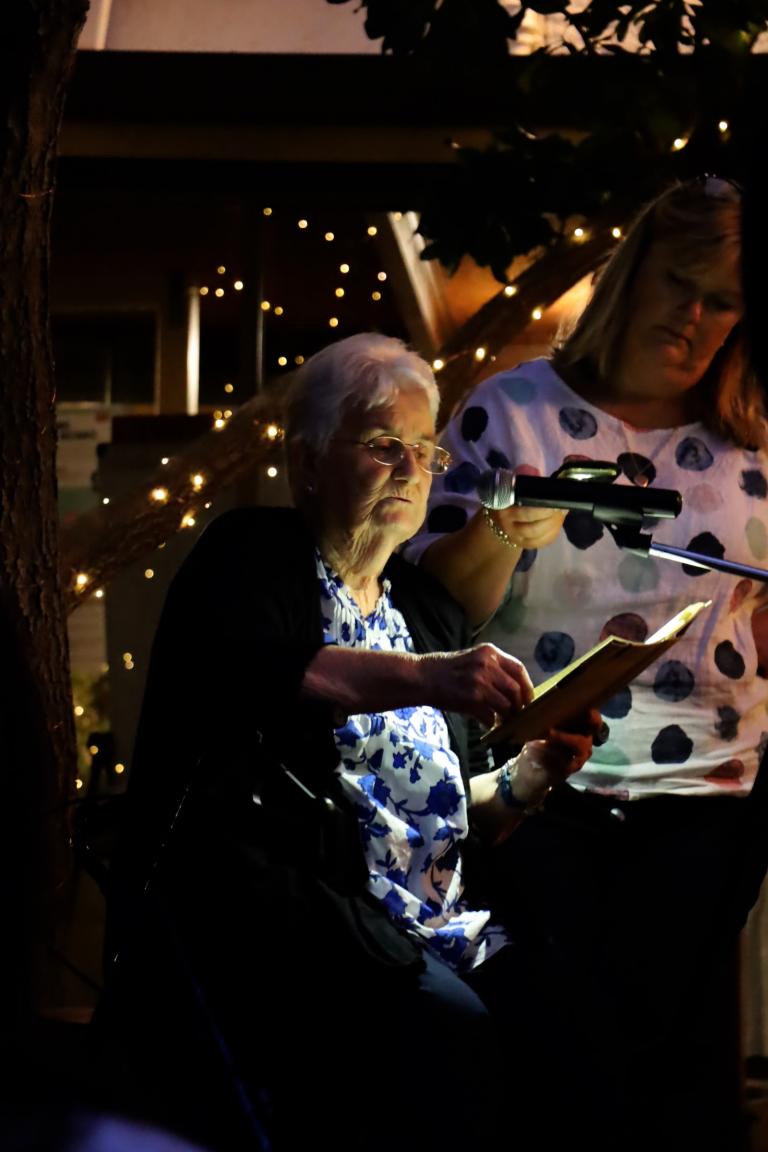