100 Years Since Initiatives of Change Began

100 Years Since Initiatives of Change Began

This year, 2021, marks 100 years since the beginning of the Initiatives of Change (IofC) movement that was previously known as Moral Re-Armament (MRA). In the Australian Memorandum of Association of MRA (Melbourne 1956) we read that its object is to work

by the means and in accordance with the principles of the 'Oxford Group Movement', founded in or about the year 1921 by Frank Nathan Daniel Buchman, which movement has also lately become known as ‘Moral Re-Armament’ and ‘MRA.' There is no official founding date for the creation of this movement. Frank Buchman himself, the founder, did not work through definitions, organisations and committees, but through individuals and their relationships. He believed that the need was for a daily spiritual growth in people, leading always to action, as the only guarantee of a functioning community, ‘a world that works.’

His own decisive experience of inner transformation occurred in the summer of 1908 when he was visiting the Keswick Convention in England's Lake District. Buchman at the time was plagued by resentment against a committee of six men who he felt had destroyed the work he was doing. A speaker at the convention expressed a vision of Jesus Christ's sacrificial love that revealed to Buchman with sudden clarity that he himself was ‘the seventh wrong man.’ He immediately wrote letters of apology to each of the committee for his ‘ill will’ and experienced a deep inner healing.

Until 1921, Buchman had been a dynamic and well-known Christian pastoral worker, always employed by a larger organisation or educational institution. From 1909 to 1916, as the YMCA Secretary at Pennsylvania State College, his energy and personal gifts brought about a transformation in the student body, which spread to other universities.

For the next five years he was an ‘Extension Lecturer in Personal Evangelism’ employed by Hartford Theological College in Connecticut in the US, but working primarily in India and China.

In 1917 and 1918 he was helping to lead the preparation for the large summer conference in Kuling, China. After a promising start, his challenging leadership style, which looked for radical personal conversion and moral transparency, as well as a focus on working with the Chinese leadership at a critical period for China, brought him growing opposition from many in the established, mostly white missionary community. An impasse was reached and Buchman was asked to leave.

All these experiences fed into his growing sense that he should strike out independently in a new direction that was being progressively revealed to him. 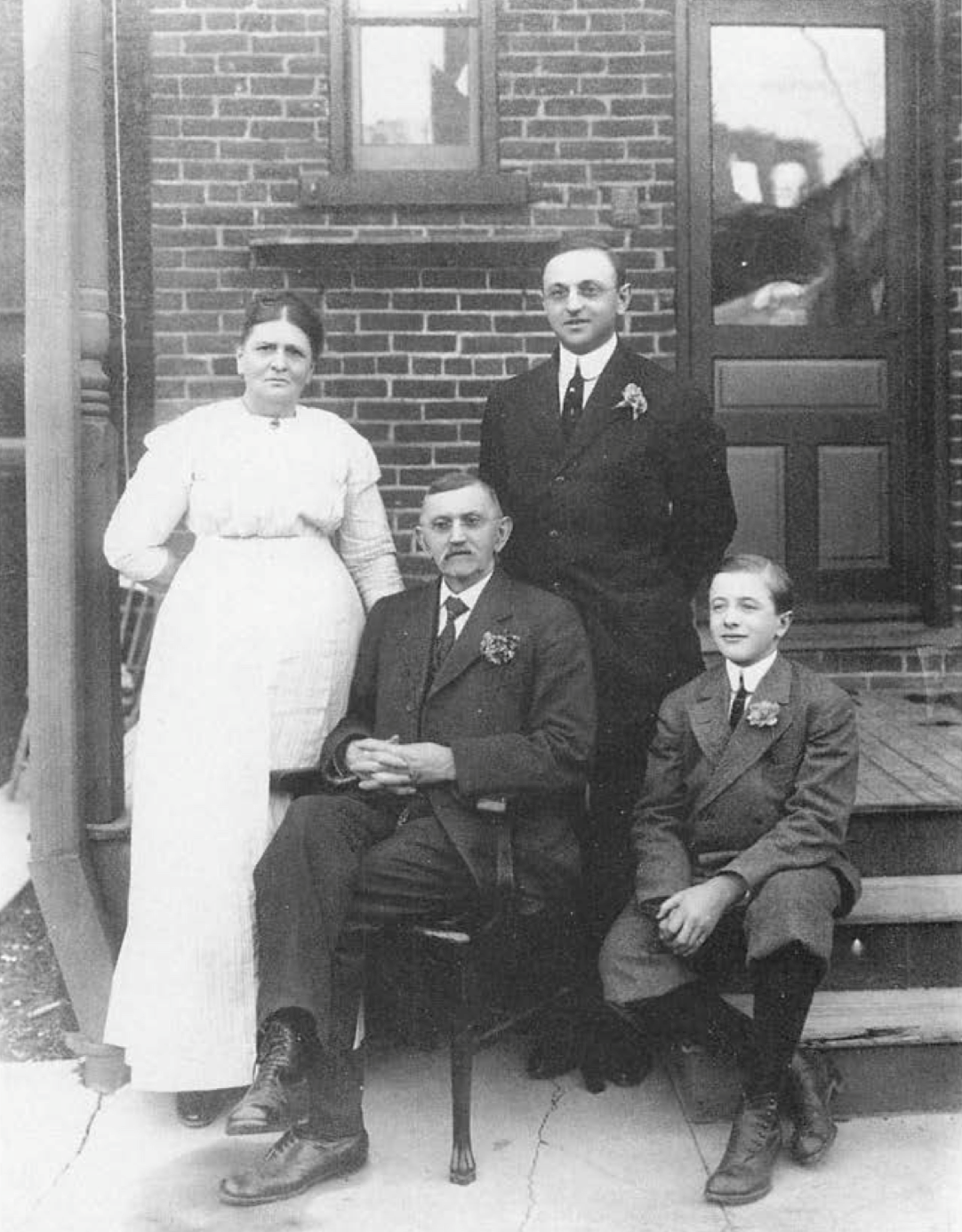 In 1921 several matters came to a head. In March his father, who had been ailing, died in a Hartford nursing home. Meanwhile Buchman, still employed by Hartford, was visiting students at Yale, Princeton and Harvard with several evangelical students from Cambridge, UK. By May he was in Cambridge again. As Garth Lean describes in his definitive biography of Buchman (p. 93),* it was during that visit that he began to have a sense that God was calling him to a wider task. Bicycling down Petty Cury a sudden thought struck him: 'You will be used to remake the world.' From now on a sense of specific mission was always with Buchman.

From Cambridge he visited Oxford, where a US Rhodes scholar introduced him to Loudon Hamilton, a Western Front veteran studying at Christ Church College. At a discussion evening in Hamilton's rooms with other undergraduates, Buchman started to make his unique impact and soon felt that a long-term work was developing with a group of people who would be among Britain's future leadership. Hamilton has written an account of that evening and the days that followed, titled ‘How it all began.’

Following that visit Buchman's outreach began to spread rapidly, person to person and through small and large gatherings and ‘house parties.’ Books by Oxford academics or best-sellers like Life-changers and For Sinners Only took news of it to a wider global readership. 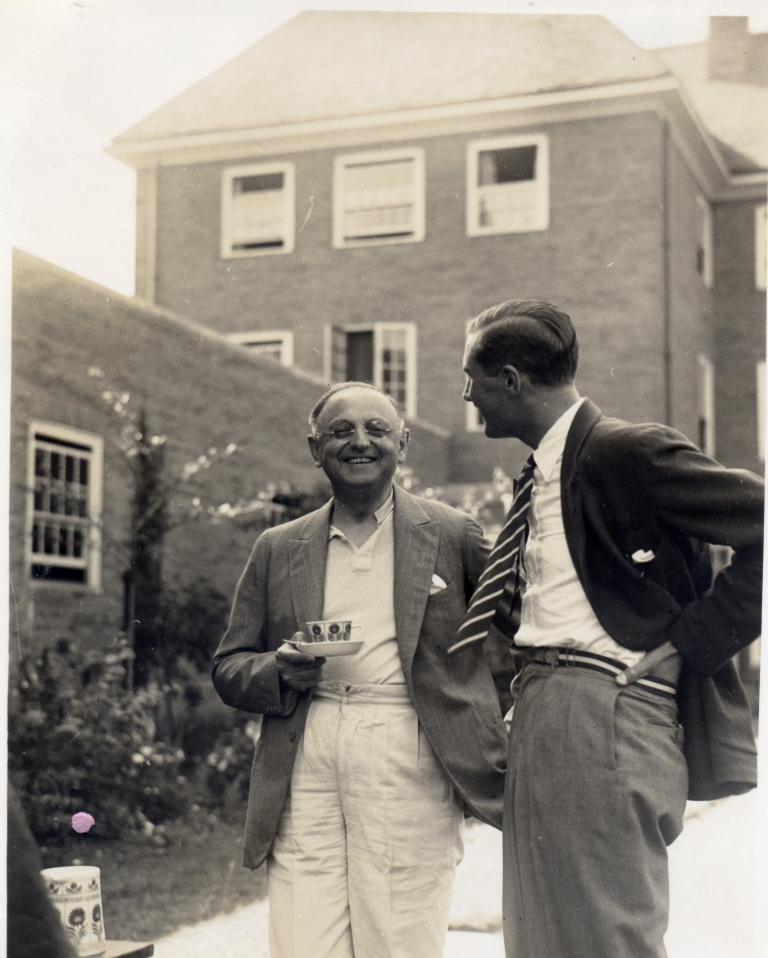 For many years the movement had no name, except possibly ‘the groups.’ The name ‘Oxford Group’ began to be used by the end of the first decade, but there was no move to formalise an Association until early 1939, so as to be able to receive a legacy. In Australia, similarly, it was the gift of a Toorak residence, Armagh, that led to formal registration and incorporation in 1956.

Years later Loudon Hamilton's daughter, Ailsa Hamilton, told me that she dated the start of what became the Oxford Group to Buchman's thought in Petty Cury about being used to 'remake the world.'

At the end of 1921 Buchman returned to America. On a train taking him to Washington to meet delegates at the Disarmament Conference, the rhythm of the wheels seemed to him to be repeating ‘Resign, resign, resign.’ He went to see the Hartford College President and finally, in January 1922, handed in his resignation. After this he never had paid employment.

For Buchman, the point of it all was that individuals could discover new inner life—and it was only this that would make possible ‘remaking the world.’

The Oxford Group emerged at a time of profound concern between the two World Wars. The immense, sudden critical developments in today's world, it seems to me, could well encourage people to think once more in a similar direction. Our world demands better organization, but also a powerful spiritual growth in people, cultures and societies. — Peter Thwaites